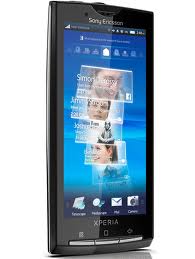 The xPeria X10i recently was provided a most welcome update to Android 2.3.3 (Gingerbread). Having run for almost a year previously on Android 1.6 this was almost unexpected in its swiftness of delivery.

As with any updates there is a worry about losing data. I backed up most apps which I like to SD card using Astro and did a few additional syncs with the various programs which whack data onto the cloud on my behalf. I was a bit unsure about the way in which contacts were prioritised with gmail but a quick check using the laptop confirmed that recent additions had made it onto Google’s cloud system so all appeared happy.

Bookmarks are not so important so I left that. I ran the update using Sony Ericsson PC Suite and all went superbly. The new software gave the phone a hugely improved user experience, all appeared to run more smoothly and the homescreen was much better. Mediascape had gone and timescape was quickly removed from the display.

It was nice to have pinch and zoom multitouch as I had read a year ago that the xperia hardware would not support multitouch so I had not really seen anyway in which they could add such a feature, still it works.

I was pleased to add my most used programs into folders on the homescreen, in fact I was so efficient that I did not really need more than 2 (of the five).

I have stopped searching for home screen mods now it looks so nice, I did find beautiful widget which gives an HTC Sense type digital clock along with weather on the homescreen, very nice. All in all it was a success. The final test was installing copilot ( my favourite Sat Nav for Android) – this worked a treat. It is interesting that the latest Android update included Facebook as standard though I had to actively search and install Google Plus.